G’day, everybody!
First-allow me to introduce myself… my name is Ashlin and I am a true-blue Aussie musher! Yep, all the way from Down Under. This is my second season of mushing/handling and I am absolutely thrilled to be involved in Quinault’s Run for the Red Lantern. Even though I spent all of last season training at a racing Siberian husky kennel in Minnesota, malamutes have always had a special place in my heart (and my home!) and I simply cannot wait to show the world how amazing these dogs really are. 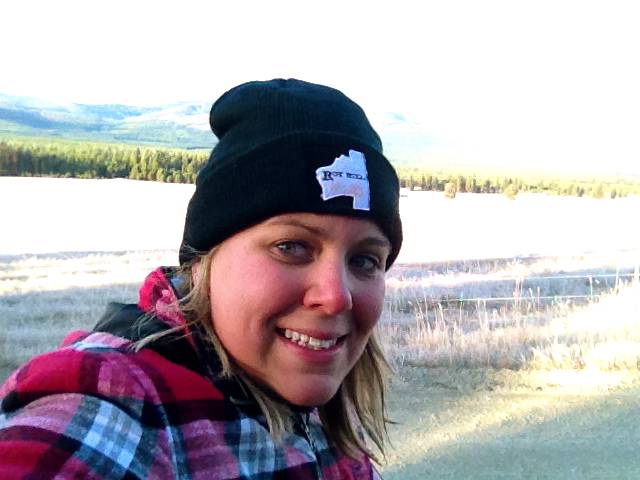 I met Twila last February at Race to the Sky held right here in Montana. I was handling for my musher for the 350 mile race and had heard rumours that there would be a working malamute team also competing. Of course I had to check this out for myself and went investigating; sure enough I found them. I mean, they’re malamutes – they’re a bit hard to miss! I really had to struggle to talk to Twila though – I had to fight my way through the masses of people who had come to pet and play with the dogs. I can’t exactly blame them though; puppy Gracie, Ozzy and Alanis were absolutely irresistible. In the end I think Twila found me, contentedly playing with the dogs amongst all the chaos. We didn’t get a lot of time to talk – preparing for a race is a stressful time for both mushers and handlers, and I didn’t want to neglect my duties for too long. Fortunately I ran into Twila again at the local bar and grill (where else!) and we hit it off almost instantly. Races are a lot of fun in that way; they give you a chance to meet new dog people and talk about dog people things. At a dog sled race almost everybody there is “the crazy person with all the dogs”, so we’re all on an even footing! 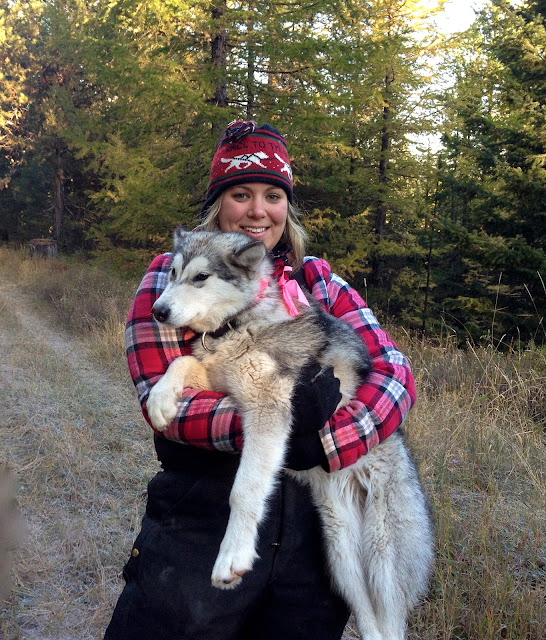 Anyway, at that point Twila invited me out to her kennel in Garrison, MT at the end of the season to attend Malapalooza. I had no idea what a ‘Malapalooza’ was (“Is that some weird American thing?”) but when she put it to me as a whole bunch of malamute people getting together to camp, run trails and train together, why WOULDN’T I go! So I made plans to road-trip out to Montana at the end of the season for Malapalooza, and of course had an absolute blast, met some amazing people and gathered an invaluable array of information. I had intended on spending two weeks out there… a month passed and I was totally disinclined to leave. Twila and I had become very good friends by that point and when she offered me a position at Quinault for the following season, I did not hesitate to snatch it up.
Thus began my frenzy of returning home, finding a job so I could earn enough money to get me back to the USA, and fast-tracking my visa application to allow myself to get back to Montana ASAP. 3 months and 42 hours of planes and airports later, I made it back and nothing was going to stop me from hitting the trail – not even jet lag!
I have been here 2 weeks now, and it’s been on the go since then. We have had our first ‘Learn to Mush’ camp for the season and I believe it was a huge success. It really is satisfying being able to help people understand and grasp the fundamentals of running their dogs – we were all in that position at some point and I know I would have LOVED to take advantage of the wisdom and invaluable experience of someone like Twila if I had the opportunity to do so. We have steadily been putting miles on our teams (weather cooperating) and focusing on our individual ‘one-on-one’ training sessions (weather not cooperating). The next few weeks are going to be very exciting with the arrival of the Eve x Boss litter due in the last week of October, our second Learn to Mush camp in early November followed by our Fall edition of Malapalooza, which I know will be equally as fun (if not more) than our previous one. We also have a few other exciting plans in the works to be revealed once the details have been ironed out.
In the meantime, we have a lot of preparation to do before winter hits us. Twila insists that we are not ready for snow, but personally I can’t wait to get back on the runners of a sled! We are gearing up to do some tours in the Kalispell area, something I haven’t yet had a lot of experience with, but will be an invaluable (and essential!) opportunity to nurture our Run 4 the Red savings fund. Not only that, but it’s always fun to meet and talk with new people and have the chance to show off our beautiful Alaskan malamutes.

I would love to hear some feedback from you, our loyal supporters! If you have any questions, please forward them on to me and I shall endeavour to address them in my next blog… I’ll be stuck for a topic otherwise!
Ashlin
Posted by twilambaker at 6:07 AM