I thought it might be nice to introduce some of our key canine athletes. After all, they are the stars of the show, without which we would not be on this crazy adventure. Here are a few of our babies, in no particular order! 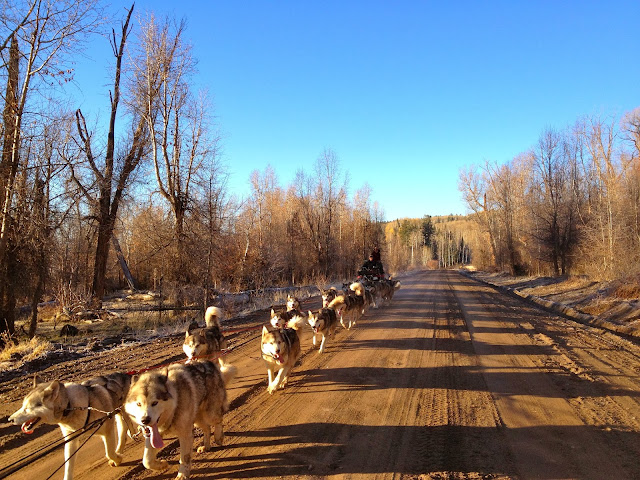 Here is Elvis. He is a steady worker, happy to run in any position on team. He will lead when needed but prefers a life of less stress in point. He is quite the love, too. Always happy to give smooches and climb in your lap. Below is a picture of him doing just that with his good friend, Ron (at a much younger age, of course) 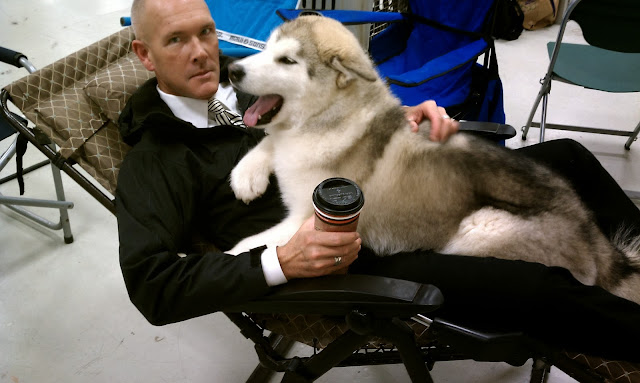 This is Tori. Tori will be joining the team in the future, for now we just use her as ballast! Tori is short for Torrent, and we named her that because she was born during the flooding that SW Colorado experienced this fall. 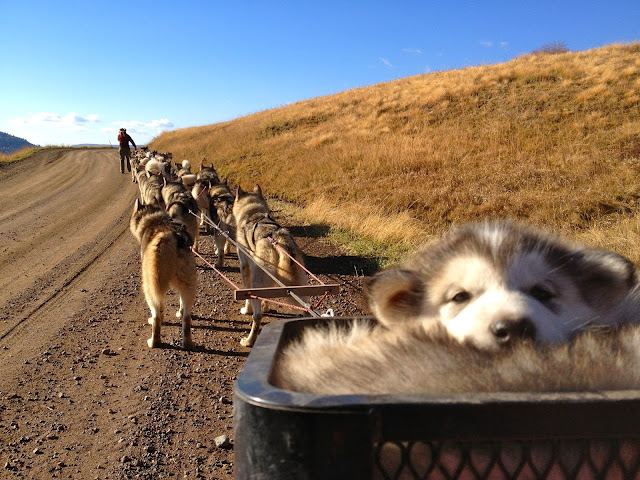 And here is Boss. Boss is, well, Bossy. But that's not where the name came from-he is named for Bruce Springsteen. His fancy name is Ch Quinault's Born To Run WTDX, but we just call him Bossy-Boss. He is the hardest working dog on the team, always pulling and never happy to be still. He is the first one to be ready to go after a rest period, and the last one to want to stop. He is also the sire to many hard working dogs, both for us and on other musher's teams.


What happened to “The Run 4 The Red”? The answer for the past 18 months has been the same, still training... But we did need to take a break from the schedule, an interlude for us to take care of some emergent family needs, including but not limited to an epic move of 1200 miles with a semi trailer full of possessions plus 5 other vehicles with dogs and other livestock. So now we are here in SW Colorado, near where I started running dogs 25 years ago. Our break from the schedule is over, training is in full swing, and the dogs are stronger than ever.

I was never really sure of attaching a firm date to our dream of running the race, I knew that 2014 was optimistic, but completely out of the question now since we were not able to get our qualifiers in last season. This season seems to be a stretch as well, especially now that they cancelled The John Beargrease Marathon, one of only 3 qualifier races in the lower 48. So our focus this year will be to run some 100 and 200 mile races to get the young dogs some race experience, and possibly get one of our qualifiers out of the way.

Some of our tried and true older dogs that ran the longer races in 2011 will be retiring over the next couple years, allowing the youngsters to develop and get some race time. I do not ever want to forget what these dogs did for our team!! Boss, Kinky, Eve, Marsh, and Kaos-the core of our A team, and ALL of our current A team dogs are direct descendants from these dogs. Even though they will be retiring over the next 2-3 years and not be directly involved in the race, I will be leaving them on our sponsor list because without them not only would we not have finished any races, we would not have a race team now! These dogs are the reason that we are still running, and it should be considered the highest honor to be one of their sponsors.

Morgan is our amazing head guide and lead musher, but we also have a new young apprentice that we are very excited about.  Ashley Thaemert has been involved in mushing and the malamute breed for over half of her life. She started at 10 years of age with an interest in sled dogs and a home made wooden sled that she crafted with her grandfather. By the time she was 13, she had 4 malamutes and was running them in team. She has since added three more malamutes on her own team, and is currently training with us to learn how to run larger teams. We are thrilled to have her join us-her passion for this breed is obvious to everyone who meets her.

We are shooting for a 2016 entry, but this time I am not being talked into setting a firm date. We will run it when the dogs are ready, with the expectation that it wont be the only time we run it!